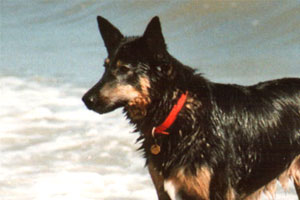 Dogs are allowed onto most beaches in the Bognor Regis area provided they are kept under control.

Poop and scoop - Clean up after your Dog: Did you know that anyone who fails to scoop their dog's poop can be slapped with a £1000 fine under the Clean Neighbourhoods and Environment Act 2005.

Due to the popularity of the beaches in Bognor Regis with tourists and residents enjoying the summer months,  Arun District Council has adopted Byelaws which ban dogs from the following stretches of beach from 1st May to 30th September each year.

Dogs Are Not allowed on the Beach from Park Road to Gloucester Road during the summer months 1st May to 30th September.

Dogs Are Not allowed on the the Beach from Canning Road to Felpham Sailing Club during the summer months 1st May to 30th September.

Dog Owners Code of Practice for the Beaches at Bognor