With a wealth of seaside history, Bognor Regis has become a most popular seaside place to visit. The large expanses of sand at low tide and the 2.7 mile long promenade make Bognor Regis well worth a visit.

The location of Bognor Regis makes it unique - Not only does it have some of the most sunshine hours in mainland Britain, but it is also very close to the South Downs National Park with its beautiful Sussex countryside, castles, and country houses that are all just a short distance away.

Clean award winning family friendly beaches, Bognor Regis is the ideal place for families to spend the day. East Beach is closest to the town centre. Other beaches include Felpham Beach, Aldwick Beach and Pagham. With its proven sunshine record, the beaches at Bognor Regis are a glorious place to spend the day with your family.

Bognor Regis is proud of its green open spaces and has a great selection of parks, gardens and recreational areas by the sea. The largest park being Hotham Park, and the most colourful being the Marine Park Gardens.

Hotham Park holds many events throughout the year including Proms in the park, Hotham park country fair and the Southdowns music festival. Hotham Park also has its very own miniature railway and station, as well as a boating lake, putting green and children's play area with an 18 hole adventure golf course. There is also a large café and restaurant within the grounds.

The South Downs National Park is only a 15 minute drive away where there are numerous spectacular scenic views, fantastic walks and endless countryside. 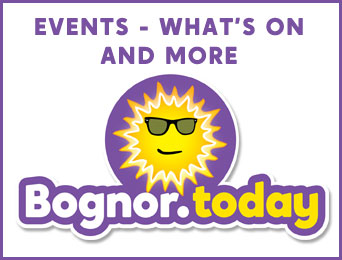